The Columbia Bicycle brand is America’s oldest bicycle company. They made and sold their first bikes back in 1877. Today you can buy recreations of classic Columbia bicycles from Sam’s Club, Amazon, and other retailers. The bikes are no longer made in the classic Columbia manufacturing facility. Today they are made in China and imported by Ballard Pacific, but the Columbia name is still going – so I guess that says something.

The bike in this video was purchased from Sam’s Club for $79.92. It has increased in price since that time, but I’ve yet to see it for over $90. There is lots of competition in the sub-$100 big box bike space when it comes to cruiser bikes. Notably, the Huffy Cranbrook is arguably the king of that realm. It is plain and basic, but works – and it is cheap, so the Columbia Archbar has it’s work cutout.

Pleasantly, the Archbar is a decently made bike for the money. It certainly looks like it costs more than it does, and at the local bike shop it was mistaken for an Electra Townie – a $500 bike. People that have seen it are shocked I only paid $80 for it.

The bike is a vintage style, but it does have some modern touches. Like linear pull brakes instead of the coaster brake. Some may argue this takes away from the vintage aesthetic – and it does, but the linear pull brakes free up the pedals from a coaster brake. If you are like me and live in a city with an abundance of stop lights this becomes welcome. I don’t have to pick the bike up to reposition the pedals for a power stroke at each stop. There is also just enough chrome to add some flash to the shiny red bike, and the chrome appears well applied.

There are a few areas that could use improvement. Like the graphics. The white accents on the fenders have slightly off center lines. The head tube badge is also slightly off center – as are the frame decals. Those decals are also cheap decals that have already started pealing. I prefer clear coated decals or painted graphics, but this is a sub-$100 bike.

The ride is smooth and pleasant as long as it is on flat ground. The bike isn’t built for speed, so asking it to go fast will likely lead to disappointment as the expended energy doesn’t yield much additional mph.

Overal, and in my opinion, the Archbar from Columbia Bicycles is a great deal for the money. I feel the quality is above average for this price range and the vintage-inspired design looks great.

I hope this video helped give you some information on the new bicycles from Columbia-Bicycles.com. Thanks for watching another KevCentral bike video. Have a great day! 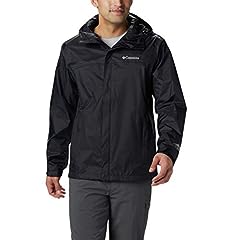 ADVANCED TECHNOLOGY: Columbia Men's Watertight II Jacket is crafted of a waterproof nylon shell durable enough to withstand anything from drizzle to downpour at a moment's notice. HANDY FEATURES: This rain jacket features an abrasion resistant chin g... (as of September 20, 2020 - More infoProduct prices and availability are accurate as of the date/time indicated and are subject to change. Any price and availability information displayed on [relevant Amazon Site(s), as applicable] at the time of purchase will apply to the purchase of this product.) 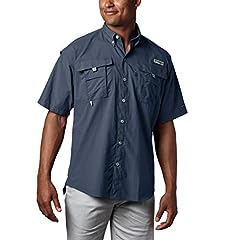 SUN PROTECTION: Columbia Men's PFG Bahama II Short Sleeve fishing shirt features our signature UPF 30 fabric that helps to blocks UVA and UVA rays to help prevent sunburns and skin damage during long hours in the sun. HANDY FEATURES: This short sleev... (as of September 20, 2020 - More infoProduct prices and availability are accurate as of the date/time indicated and are subject to change. Any price and availability information displayed on [relevant Amazon Site(s), as applicable] at the time of purchase will apply to the purchase of this product.)

ADVANCED TECHNOLOGY: Columbia Women's Arcadia II Jacket features our signature, air-permeable protection that’s waterproof and breathable to shield you from drizzle to downpour. ADJUSTABLE FEATURES: This shell top jacket features an adjustable storm ... (as of September 20, 2020 - More infoProduct prices and availability are accurate as of the date/time indicated and are subject to change. Any price and availability information displayed on [relevant Amazon Site(s), as applicable] at the time of purchase will apply to the purchase of this product.) 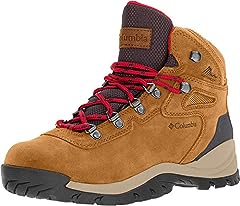 ADVANCED TECHNOLOGY: Features our lightweight, durable midsole for long lasting comfort, superior cushioning, and high energy return as well as an advanced traction rubber sole for slip-free movement on rough ground. HANDY FEATURES: Treacherous days ... (as of September 20, 2020 - More infoProduct prices and availability are accurate as of the date/time indicated and are subject to change. Any price and availability information displayed on [relevant Amazon Site(s), as applicable] at the time of purchase will apply to the purchase of this product.)

The Classic bikes are wonderful. Made the best, so keep a good thing going. It is sad that they are not made in America. That made in America needs to come back to the USA just like the design. It is greed vs pride on both sides that are not only the production cost but as well the consumer price greed vs pride. Pride just like freedom has its cost. Maybe if things did cost more we would not be a throw away society.

Please do a review on the Schwinn Kokomo 27.5 inch cruiser.

Looks decently built, I do think the frame looks a bit odd though with that curved tube and small straight up and down tube

Sounds nice,maybe I’ll give it a try. But gotta ask do you live near Florence,because if you do we gotta get together and ride one day. P.S. I’m a huge fan.

How much assembly is required? I would take a heat gun to those stickers and remove them. Thanks for the video!

Your voice is different

Wish you’d take these bikes over a few potholes and see how quickly the rims or frame collapses.

shouldn’t you stop buying all these cheap bikes and save up for something really nice ?

Costo has a hybrid you should check it out.

Bringing back simple bikes for low price is good. But this frame doesn’t look very appealing, the arch seems redundant…

Not that bad looking. Perfect for that person that’ll ride it once and leave it in the garage for the rest of it’s life.

What are your thoughts on the 29″ Schwinn Taff Men’s Mountain Bike from WalMart? It seems similar to the Boundary, but just curious on anyone’s thoughts about it. Thanks!

How do you think it would handle a 2stroke engine?

Looks nice, but China…The true oldest operating bike company in America is Worksman Bikes, still made in Queens NY and South Carolina since 1898. I have a 70 trike and it’s the beefiest vintage bike I have by far. Originally intended as an industrial bike to deliver mail and parts in factories, they also make “civilian” versions to this day. A bit expensive, but made only in America.

I wonder if an old-school deraileur hangar would work on that rear, and with a re-dishing, maybe have a 1x cruiser/errand bike setup.

Please review the Schwinn Meridian adult trike. I love mine.

@KevCentral get the schwinn ember and test it out

My shorts cost that much.

i have a cheap bike recommendation ebay bike

Never heard of this company till now.

Can you please buy and review the gt agressor pro at dicks sporting goods?

The Columbia looks like it’s got a reasonable wheel base and useful handlebars.
If you do the usual takedown and checking all fasteners, replacement of the Vaseline with real grease, and installing real rim tape, it will probably work great for lazy day rides. I bet it has 160mm cranks though.
Try pulling UP on the bars while standing, and consciously LIFT the retreating leg while pushing hard on the pedaling leg. So many riders do not do this. This is cycling. If you get Power Grips or lambda pedals you will get a lot more out of the bike.
When you replace the chain try a larger freewheel.

What is the weight limit for this bike ?

Zip tie a white milk crate to it

functional?… I thought you said the Cranbrook had questionably safe brakes for us large sized cyclists…

I wunder watt a Columbia Archbar cost in 1920 in todays U.S. dollars.

Columbia was popular to the max at one time. All over the place.

before i buy a big box 20s style sub 100€/$ bike, i would always look on the used cruiser market.
bought an Austrian made Puch Jungmeister which was assembled 1976 for 60€. Steel frame, very relaxed geometry, signature Puch orange color, 3 speed hub, 37mm tires and fully functional front V-brakes + coasterbrakes. of course does my patriotism contribute to the decision but aside from that, it’s high quality, enough gears for the city(i even did a double century last week with my father on that bike), real vintage(not just look) and i know that i didn’t cause another chinese frame being shipped to my country.

If you want a multi speed experience, why not add a NuVinci hub? The’re pricey, but you didn’t pay much for the bike and the added gearing makes the Archbar that much better.
You could also add a gas motor, you should have the room for a 2 stroke, 49cc engine.

Man, I like a lot of things about that over the cranbrook. I want to make a motorized bike but I don’t think it would have enough room for the motor with that arch bar. The rest is perfect though, I hate the bars that come on the huffys