We all know Big Box Bikes tend to take shortcuts to get certain features. Disc brakes on a $99 bike? You can count on the bike having generic derailleurs and possibly even a linear pull rear brake. Find a bike with an upgraded derailleur for under $200? It’s likely they wheels are from a cheaper bike. You get the idea. There is always a tradeoff.

So what’s the tradeoff when you get a carbon fiber frame for only $399? There are quite a few:

-The disc brakes are the same brakes you find on $99 bikes
-The rims are designed for V-brakes
-The front fork looks just like the forks seen on $129 bikes with no QR
-The QR skewers have locking tabs like those on a $59 bicycle
-The headset looks tapered, but it isn’t – It’s a FAPER – a fake taper!

That’s not to say all the components are sacrificed to get a carbon bike at the low cost, because there are some other components that are decent. Like the SNAFU branded items. I’ve never owned any SNAFU products, but I have seen them online. I found the name to be comical, but apparently they’ve been around a long time. The saddle is SNAFU branded and is comfortable and looks great. The SNAFU tires are 26″ x 2.30″ and hold onto the trail nicely. Plus a 2.30 tire that’s only 26″ means it feels like a plus sized tire or a 27.5 wheeled bike. There is also the use of Shimano Tourney derailleurs on the front and the rear. Sure they are the lowest end useful derailleur made by Shimano, but at least they are actual Shimano derailleurs and not those cheap licensed flat face derailleurs you see on many department store bikes. The bars, lock-on grips and Neco stem are also nice.

How does it ride? There is some subtle flex in the carbon fiber frame, and the Tourney rear derailleur slaps around more than any other Tourney I’ve ever ridden, but it’s useable. Though it feels less like a mountain bike and more like riding a Hybrid bicycle like the Trek Dual Sport. That’s the feeling I got (minus the flex) with this bike on the Wildwood mountain bike trail. It felt like I was on my old Dual Sport – only with better tires. The frame bends, but doesn’t break – at least not yet. There are no seams and it is very smooth, so it may be well made. That said, the benefit of a carbon fiber frame on a bicycle is that it should be ultra light weight, and that’s how they market this bike. The reality is that the bike weighs in at 31 pounds. 31 pounds! I can only assume the frame is light weight, but the cheap components add unnecessary weight that get it to that total. I have mountain bikes that weight more, but I also have larger bikes that weigh less. So that’s a big problem for a bike you’re paying $400 for. At $400 you’re getting into lower end LBS bikes. That means this bike needs to be judged accordingly. That means I can’t find a justification that would make this bike worth it.

-Unless you’re buying it for the frame! Soon I’ll strip all the other components off the bike and see what we have to work with. If the frame is decent (even with a taper) it may be possible to use it to build a super light weight bike for far less than the usual carbon fiber bike prices.

We’ll see…First it has to endure some trail torture from a Cyclocross competitor and mountain bike coach. I’ll also put a heavier rider on it and see how it handles that stress. The stickers claim the bike can handle riders up to 275 pounds. That seems like a stretch for a carbon fiber frame. Time will tell, so stay tuned!

Thanks for watching another bicycle video from KevCentral 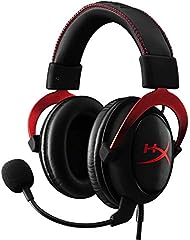 (27598)
Designed for comfort – Exceptionally comfortable memory foam ear cushions and padded leatherette headband help keep you focused on gaming Supreme audio quality – Large 53 millimeter drivers provide high-quality audio. Hear in-game details better and ... (as of September 15, 2020 - More infoProduct prices and availability are accurate as of the date/time indicated and are subject to change. Any price and availability information displayed on [relevant Amazon Site(s), as applicable] at the time of purchase will apply to the purchase of this product.) 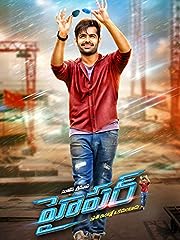 (4)
(as of September 15, 2020 - More infoProduct prices and availability are accurate as of the date/time indicated and are subject to change. Any price and availability information displayed on [relevant Amazon Site(s), as applicable] at the time of purchase will apply to the purchase of this product.) 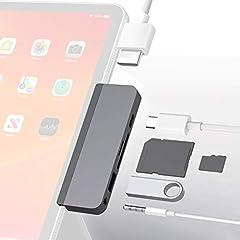 [Best Selling iPad Pro 2020 2019 2018 USB-C Hub] World's most crowdfunded iPad Pro accessory and USB type C hub. Turns a single USB-C port into 6 ports on the iPad Pro 2020/ 2019/ 2018. (3.5mm Audio Jack, USB-A, SD, Micro SD, USB-C, HDMI) [High-Resol... (as of September 15, 2020 - More infoProduct prices and availability are accurate as of the date/time indicated and are subject to change. Any price and availability information displayed on [relevant Amazon Site(s), as applicable] at the time of purchase will apply to the purchase of this product.) 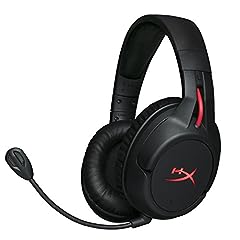 Gaming grade 2.4GHz wireless connection, with up to 30 hours of battery life Signature HyperX comfort and immersive in game audio Durable, adjustable steel slider PC, PS4, and PS4 Pro ready 90° rotating ear cups with LED lighting effects Intuitive on... (as of September 15, 2020 - More infoProduct prices and availability are accurate as of the date/time indicated and are subject to change. Any price and availability information displayed on [relevant Amazon Site(s), as applicable] at the time of purchase will apply to the purchase of this product.)

500 bucks for the bike and some better parts

The used carbon to make the ride smother not to save weight, carbon is good at getting rid of vibrations

Do not ride bike when its wet outside ??? What its made of sugar and will melt away ??

This frames are a death sentence. That frame flex is typical with those frames. Those frames should be illegal to sell.

What’s the tyre size? Thanks.

There are many reasons why someone should buy an equally priced Trek Marlin or similarly priced bike shop bike. #1 of which is that unlike this bike they come in a variety of sizes.

Yeah! Can you be to honest !? Funny ! You can be to honest for them to send you a bike for review ! I suppose !

Can you review the Giant Boulder bike

theres a video of a guy taking several runs on a walmart bike, in canada, at Whistler! He survived, the bike survived.. This trail should be fine for beginners on cheap bikes..

Worth buying just for the carbon frame xD

I have a 150$ mtb with the same components but with an aluminium frame which weighs 33 pounds. So, wondering what kind of carbon fibre has been used here really.

Take the frame and put some good components in It.

Their are several grades of carbon fiber, from Standard to ultra high tensile. A company such as hyper could buy this stuff in bulk and as you said just put junk components on it and make a huge profit.

I think it’s amazing you still can get bikes with a freewheel instead of a cassette.

Thought this was clickbait

I would buy a bike of a crack head for 400. Before i go to walmart

I’d get the frame sprayed with LineX and I bet it could take a beating.

A carbon bike should absolutely never flex enough to be felt. It may flex to aid comfort in the rear triangle. I suppose it’s slightly better than having a frame that’s so stiff it cracks when hitting a curb.

Chinese stuff is not as bad as it used to be but its most likely crap carbon fiber. There are different grades just like steel and alloys, etc. The biggest problem with China stuff is the lack of standards and testing that the big bike companies put into their products.

That is not a Neco stem. They don’t make stems. That’s a Neco headset. They are pretty good and durable.

To all people riding their 2k+ bikes. Yes obviously the components are trash, it is a walmart bike after all but for people trying to get into the sport or just someone who cant afford to spend more than 500 bucks, this is perfect.

I saw a dude eat it because his CF frame broke on a full suspension bike. is fixing CF cheap? it isn’t so calm down

Every bike I bought has turned into a project bike. I would go with a bikesdirect before investing more money in this

Can u review the giant revel 2 plzz

Great review! When your equipment has to take you outta cell service you need to rely upon it to bring you back.

Wow,31pound, I no longer want one