The Merax Finiss mountain bike comes equipped with Kenda hybrid bicycle tires. These tires don’t provide the traction a mountain bike needs – which is why they are normally equipped with knobby tires. After 2 trail rides with the hybrid tires I grew tired of slipping on downhill sections of the trail. Uphill it is a dream to ride, but downhill the traction issues start to take away from the fun.

Since this is a bike sold by Walmart I decided I would try to mimic the selection a Finiss buyer would likely make when shopping for a replacement tire. That means I headed to my local Walmart to check out their selection of MTB tires. There are two – a mountain bike tire made by Bell that is 26×1.95 and a Goodyear tire that has nice looking mountain bike treads and is also wider at 26 x 2.10.

I picked up the Goodyear and quickly noticed that these aren’t real Goodyear tires. They are tires made by Kent Ind, makers of many lower priced bicycles you find at big box stores and licensed for use of the Goodyear name. That being the case, and with the questionably soft sidewalls, they seem like they will be sufficiently grippy to be a significant upgrade.

And they are grippy. On the trail I made short work of muddy areas, and rode right over loose gravel that gave the Kenda hybrid tires fits. So in one respect they are a great upgrade. Though they aren’t without issues. They add a significant amount of rolling resistance to the bike. Enough to make it go from an excellent climbing bike to one that rides like a far cheaper bike. The 3×7 drivetrain limitations on the trail are also highlighted by the added rolling resistance. In short, it makes anything but downhill runs almost intolerable unless you enjoy the cardio workout a tough climb on badly spaced gearing can provide.

There is also the issue that it appears as though the components on the Merax Finiss – or at least the 3x crankset – was specifically built to only handle the stress of the low resistance factory Kenda tires, because I not only broke a chain link, but I also noticed wear on the crankset gearing that will require parts replacement.

This makes me question the value of the bike. It is supposed to be a mountain bike, and for that task it has a few decent components for the money, but the tires keep it from being able to fulfill those duties. Replacing them puts added stress on the bike’s components causing early failure. I will likely upgrade the components since I’m already into the bike, but I’m also considering making it a parts bike and using the best of the components for other bikes.

What do you think? Thanks for watching this bicycle review on KevCentral 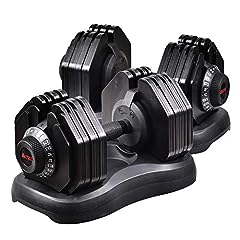 [Adjustable Weight] With a unique built-in dial system, the weight can be adjusted from 11 to 88 lbs in 6.6 lbs increments through easy rotation of the dial. Select your preferred weight amount to meet your current fitness goals with 12 different wei... (as of September 22, 2020 - More infoProduct prices and availability are accurate as of the date/time indicated and are subject to change. Any price and availability information displayed on [relevant Amazon Site(s), as applicable] at the time of purchase will apply to the purchase of this product.) 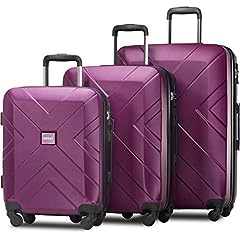 Cool and functional 3 pieces luggage sets for traveler who wants more personal style and more joy throughout the journey. Made of durable and lightweight ABS material, this luggage set makes a superb choice for those who are constantly on the go. Fea... (as of September 22, 2020 - More infoProduct prices and availability are accurate as of the date/time indicated and are subject to change. Any price and availability information displayed on [relevant Amazon Site(s), as applicable] at the time of purchase will apply to the purchase of this product.) 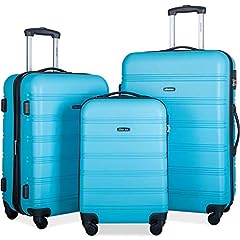 [Expandable] Expandable feature of the suitcase that gives you 25% more room for unexpected pieces you will have to carry on your way. [TSA Lock] Allowing the US TSA to inspect your luggage without having to damage your locking mechanism. [Spinner Wh... (as of September 22, 2020 - More infoProduct prices and availability are accurate as of the date/time indicated and are subject to change. Any price and availability information displayed on [relevant Amazon Site(s), as applicable] at the time of purchase will apply to the purchase of this product.) 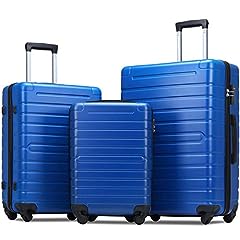 Lightweight enhanced ABS material ensures long-lasting usage and durability. Smooth 360° spinner wheels for impressive mobility and maneuverability. Top and side carrying handles available. Large storage space and fully lined interior with zippered c... (as of September 22, 2020 - More infoProduct prices and availability are accurate as of the date/time indicated and are subject to change. Any price and availability information displayed on [relevant Amazon Site(s), as applicable] at the time of purchase will apply to the purchase of this product.)

Have you done any upgrades to your Mongoose XR Pro? Could you do a follow up review or a progress report on it? I am thinking about buying one to customize.

How many bikes do you have kev

I’ve found running a wider more aggressive tire is best for the front and having a faster rolling slightly narrower tire on the back is a better setup over most trail conditions.

Probably better as a commuter with light duty trail use.

@KevCentral I think that you should buy a more high end bike like a trek roscoe 7 or an 8 if you really want to feel the difference between Walmart bike and a high end one. This would also enable you to go all the way up and break down features of cheaper bikes and also compare the difference of bikes that are say 1/2 the price and say if they are half as good. Hope this helps !

I noticed Big Bens on the other bike. How do you like them? I use mine (28×2.15) for city and longer trips and those are the best tires I ever used…

I’m enjoying my Merax Finiss, I threw up a few pictures of it on Instagram @shutterbeach – the one thing that sucks about this bike is the way the shop will treat you when you drop it off to get built.. extremely rude and negative. However, I LOVE the bike! Also it is a little amusing how many times they advertise the “Finiss” brand on this bike, it’s legit ALL over.

do you even own any nice bikes?

vittoria saguaro would be my choice for a 26er, not sure how hard it is to get your hands on them in the usa though

Upgrade the front sprockets and fork

The frame looks solid
You should upgrade.

If you get a chance, please review the Genesis RCT mountain bike!

Enjoy your reviews. Shudda knobby the front and kept the oem back tire.

Do a huffy carnage or mayhem

I bet with all the components swapped out for better ones it would abe a great bike. As long as that frame is up for it

You should do these videos without music but still awesome vid

shifting under power while shifting is the most common cause for a broken chain, dont blame it entirely on th differnt tires

I have a Merax Finiss and have had almost no problems with it. It seems to me that the bike is OK for riding out the box, but the bike itself makes a fantastic platform for building a better bike for less than it would cost to buy a $300+ bike which could be compared to buying vs building a PC.

You should get a wearable gimble

How much were the tires?

Converting the drivetrain to a one by, and installing a chain guide might help fix the chain drop issue.