The Orkan Lux275 is a mountain bike available for purchase through Amazon. The Orkan is listed as a low priced mtb packed with features not normally found at the low price, $141.

I have had many requests to review an entry level bicycle from Amazon. An alert viewer suggested the Orkan. At first glance it looks like a really good deal. The feature set is better than any other bike at the price:

This deal looks too good to pass up. Normally for the price there are shortcuts to get a disc brake. You may get disc up front, but have linear pull brakes in the rear. If you get 27.5″ wheels, they may be heavy steel. Twist shifters…there are almost always twist shifters. The Orkan bike comes with Microsoft Index shifters – or at least that’s what they say. As I’ve mentioned in previous videos. When dealing with a Big Box Bike, or any lower priced new bicycle, there is almost always a tradeoff. For every upscale or nice feature there is usually something else on the bike that was cheapened up to gain the good feature. This can lead to bikes that have some nice components, but mix in some entry level components that can also be found on a $59 bicycle. The Orkan is no different. It just does this in a more misleading way…

The Orkan LUX 275 doesn’t come with Microshift index shifters. It comes with Saiguan branded shifters that are technically index, but mores resemble the function of twist shifters. They are also very poor quality and do not shift well. The disc brakes are on both the front and the rear, but they are PURK branded – a brand I’ve never heard of. The bike also did not ship with double wall wheels. They are aluminum, but they are single wall. The chain is also listed as being KMC – a respected brand – nope….you get a DTO branded chain.

The bike is also incredibly heavy. The Orkan, or ORC we have began to call it, weights in at 38.4 pounds. That’s a really heavy bike. Especially when you’re trying to pedal that horribly shifting 3×7 drivetrain up a hill. Though you won’t have to worry with this for long if you take the bike onto a mountain bike trail, because the ORC won’t last long – at least not the one I received. After less than 2 hours on the trail I started having component issues. The front and rear hubs are both shot, and the front suspension bottoms out on even the smallest bump. The steel frame does its best to flex and smooth out the ride, but the horrible welds make all that flexing a potential problem in the making.

It’s not all bad. On flat ground and small obstacles the ORC does decently well. The included generic 27.5″ mountain bike tires also provide far better traction that I would have guessed possible. There are also the usable components like the handlebars, stem, and the included Shimano Tourney TZ rear derailleur.

All that can’t save the bike IMO. More importantly this bike is an excellent example of why caution should be taken when ordering a bike off a website or from a company that doesn’t have a local store to deal with any issues. I bought this bike to test, so the cost is planned, but for a normal customer they could easily end up with an unridable bike – at least for a trail bike – and be out $141.

I did ride this bike on city streets for about an hour without issue, so there may be some durability to be had as a commuter or casual riding bike, but overall I would spend my money at Walmart or another big box store if limited funds mean I’m shopping for a bike in this price range.

Have you had a similar experience? Comment and let me know what you think. Thanks for watching another KevCentral bicycle video. 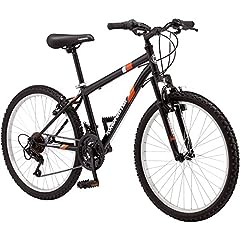 Steel mountain frame and front suspension fork offer a smooth ride 18-speed twist shifters for smooth shifting on the trail Front and rear linear pull brakes for quick, crisp stopping Alloy wheels and strong 3-piece mountain crank add durability Tool... (as of November 19, 2020 - More infoProduct prices and availability are accurate as of the date/time indicated and are subject to change. Any price and availability information displayed on [relevant Amazon Site(s), as applicable] at the time of purchase will apply to the purchase of this product.) 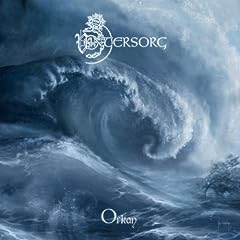 (as of November 19, 2020 - More infoProduct prices and availability are accurate as of the date/time indicated and are subject to change. Any price and availability information displayed on [relevant Amazon Site(s), as applicable] at the time of purchase will apply to the purchase of this product.) 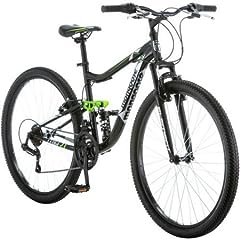 21-speed twist shifters with Shimano rear derailleur Aluminum full-suspension mountain frame with front suspension fork Mongoose men's bike features front and rear linear pull brakes Alloy wheels and 3-piece crank Assembled dimensions: 68"L x 25"W x ... (as of November 19, 2020 - More infoProduct prices and availability are accurate as of the date/time indicated and are subject to change. Any price and availability information displayed on [relevant Amazon Site(s), as applicable] at the time of purchase will apply to the purchase of this product.) 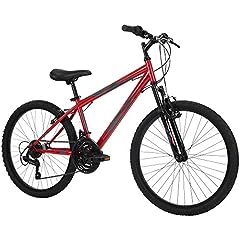 With a gloss red hardtail frame and 21 speeds to conquer the trails, the Huffy Stone Mountain is ready for outdoor adventures An Amazon exclusive: Ideal for ages 12-19 and a rider height of 58-70 inches; durable steel frame is backed by our limited l... (as of November 19, 2020 - More infoProduct prices and availability are accurate as of the date/time indicated and are subject to change. Any price and availability information displayed on [relevant Amazon Site(s), as applicable] at the time of purchase will apply to the purchase of this product.)

Lol, my Custom bike made from trash, like literally made from trash is doing way better than this crap.
I built my own wheels by hand and everything Adjusted by me. A GT (Gary Turner) that got throw in the trash. Got the frame and built on it. It’s still alive after 4winters (full year) & after going down many many stairs.

buy used on Craigslist is better than these .

Good and clear down to earth videos. I thought only left hand driven countries have a brake setup as you described, I would not really call it “the international setup”. 🙂

i would stick weld it better and im an amateur

Hey, I love your channel and find it immensely entertaining. Please do a review of the “Schwinn Sidewinder Bike”. It’s a walmart bike. I know how you like to test those and I trust your opinion on them. I’ll subscribe and remain hopeful.

I wear Hardy mechanic’s gloves when I ride too.

I thought your review was excellent and informative….if you use this bike for trail riding. I am in my mid 70’s, love to bike but am always on paved roads or trails and that is a totally different application. I just bought mine and will report any problems I experience. Thank you.

Save up your money and buy a decent budget bike from a bike shop.

aww man, why do you even bother? you know that when you see that 21 speed crap the bike its gonna be super-bad.

If you can check out the S E big mountain bike 29er, want to know your thoughts

I bought a new 100$ full suspension bike with mechanical brakes..

I have a trek cross country 29 with an aluminum frame and it’s a hundred times more solid that steel frame ….it shows the more you pay the more you get and vise versa…

The thing is… I can get a functional bike for $20 off kijiji.

wow what a waste!

What did you honestly expect for a bike under $150! It’s not going to have any shimano components or good welds etc. You get what you pay for!

can anyone help me? I have a caloy t-type, it already have some custom features and mods but I’ve seen some people complain about it’s frame durability, should I invest on my current frame or I should save for a new one? The bike is ok at all, I was thinking about using it till I have enough money to get a 29′ frame or full bike.

Sorry nobody told you that any bike you buy in a box has Chinese kids’ earwax for grease, dry cables ,and that sidewalk bikes don’t work off-road.

At least they put the brakes on right (right hand to front brake).

That cheap bike cost you $100 an hour to ride. LOL

would love to see a review on the sundeal bikes on Amazon. … Fuji?

“Hole-y welds,” by far the best part of the overall great video!

A bit of weld porosity is fine, slag inclusions, a bit of undercutting. Could you cut up the frame and determine pipe wall thickness? Probable reason for excessive flex, besides steel quality, which is likely to be some untraceable non-specific foundry leftover. If able, ride more and show us the bearings inside.
Another brilliant video, thank you.

I saw a bike like this last year it went by the brand gtr. I bought it. It came with untrue wheels. Had to return it the net day.