In this video I test the Light And Motion Urban 500 bike light, and the Zebralight SC62w flashlight.

First up, the Light And Motion Urban 500 (Urban 2.0 series Blue Ribbon) bike light emits 500 lumems of brightness for about 45 minutes then slowly steps down to about 400 lumens for another 45 minutes before it burns out. It has three brightness modes plus one flashing mode.

The Light And Motion Urban 500 has a basic circular beam pattern that is very uniform and the light burns cool white in color.

The LIght And Motion Urban 500 is USB rechargeable and the battery is internal and cannot be replaced when the light goes out, so you need to find another charging port.

The Light And Motion Urban 500 uses a flex mount similar to that used by the Contour action camera. This mounit is very veretile and secure. I expect the mount will help dampen vibrations and noises from the road as well as prevent it from slipping.

The LIght And Motion Urban 500 has two amber side lights that provide some side visibility normally never found on a light. They are nice and not too bright, although your hands may block the light and it could be distracting on dark trails.

The LIght And Motion also has a swivel base that seems solid and allow you to turn the light 360 degrees so you can point it while mounted on the bike.

Second, the Zebralight SC62w flashlight emits 900 lumens of brightness but this quickly drops to about 800 lumens and then slowly continues to step down to about 700 lumens before it burns out after 90 minutes. The light has several modes including several flashing modes.

The Zebralight SC62w flashlight. It also has a circular beam pattern but with a hotspot in the middle. The light burns neutral white in color.

I use the Zebralight SC62w with a cheap flashlight bike mount that I simply keep closed tight enough to wedge it in place to mount it, and pop it out to remove it.

The Zebralight SC62w uses one 18650 battery and you can just swap it out with another whenever the light goes too dim.

Link to the Light And Motion Urban 500 featured in this video
http://www.lightandmotion.com/urban-500-blue-ribbon

Link to the Zebralight SC62w featured in this video
http://www.zebralight.com/SC62w-18650-Flashlight-Neutral-White_p_148.html 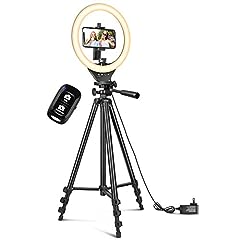 【High Brightness & Clever Touch Control】Sensyne selfie ring light features a high sensitivity touch panel design that has a longer life than traditional mechanical buttons. It provides full control to easily adjust the 3 color modes (cool white, warm... (as of November 22, 2020 - More infoProduct prices and availability are accurate as of the date/time indicated and are subject to change. Any price and availability information displayed on [relevant Amazon Site(s), as applicable] at the time of purchase will apply to the purchase of this product.) 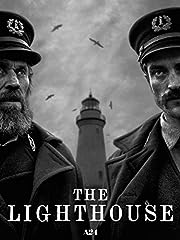 (as of November 22, 2020 - More infoProduct prices and availability are accurate as of the date/time indicated and are subject to change. Any price and availability information displayed on [relevant Amazon Site(s), as applicable] at the time of purchase will apply to the purchase of this product.) 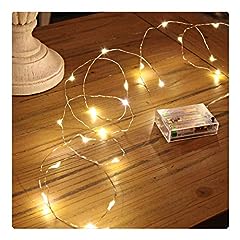 (5316)
*SUPER BRIGHT 50 LED STRING LIGHTS: our LED String Lights are perfect apply to any decorative project. these delicate 50 LED chips can diffuse glaring lights with steady 360 degree viewing angle. Bring you into a special lighting world. * INDOOR STAR... (as of November 22, 2020 - More infoProduct prices and availability are accurate as of the date/time indicated and are subject to change. Any price and availability information displayed on [relevant Amazon Site(s), as applicable] at the time of purchase will apply to the purchase of this product.) 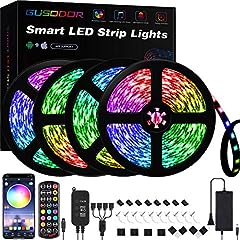 (1093)
Multi control modes Music mode Timer function Cut and linkable Led lights for bedroom (as of November 22, 2020 - More infoProduct prices and availability are accurate as of the date/time indicated and are subject to change. Any price and availability information displayed on [relevant Amazon Site(s), as applicable] at the time of purchase will apply to the purchase of this product.)

I’ve got a light and motion tail light and although it was expensive, I love it 😀 and it does a great job with side lighting – pretty cool company and designs

Nice dude, I’ve been switching off between Gloworm X2 (with neutral LED) on my road bike and Fenix BC30R on commuter.

Nice comparison. I have the Taz 1200, but find the lowest setting used 99 percent of the time at 400 lumens setting. I do like the neutral tint, High CRI lights and wish bike light companies would use more of them.

Cool vid, BB! I’m thinking about getting the L&M Urban 650. The amber side marker feature is what really sells me on the product. I’d really love to get Orfos Flare, front and back, but man are they EXPENSIVE!!

I am concerned about how the light affects on coming traffic. Should I be? As per ushz, good video

Nice review BikeBlogger! Where can one get a flashlight mount at for as bike? What brand is the flashlight mount? How long does the Zebra run on each settings? Appreciate any info. you can provide! Safe travels!

BTW I’ve found the Lezyne Zecto Drive Pro light to work well as a backup, it has red and white leds so you can have something that will function as a head or tail lamp depending on what you need.

hey man…cool vid. I am stoked about the multitude of bike light mounts coming out for cheap the last decade or so that cater for many lights (like micro USB for phones i.e universal). I like the look of the mount you have for the Z’light. i just bought the same unit..where did you get that mount that accomodates it? cheers…and personally speaking…gears…all the way. each to their own bro! 🙂